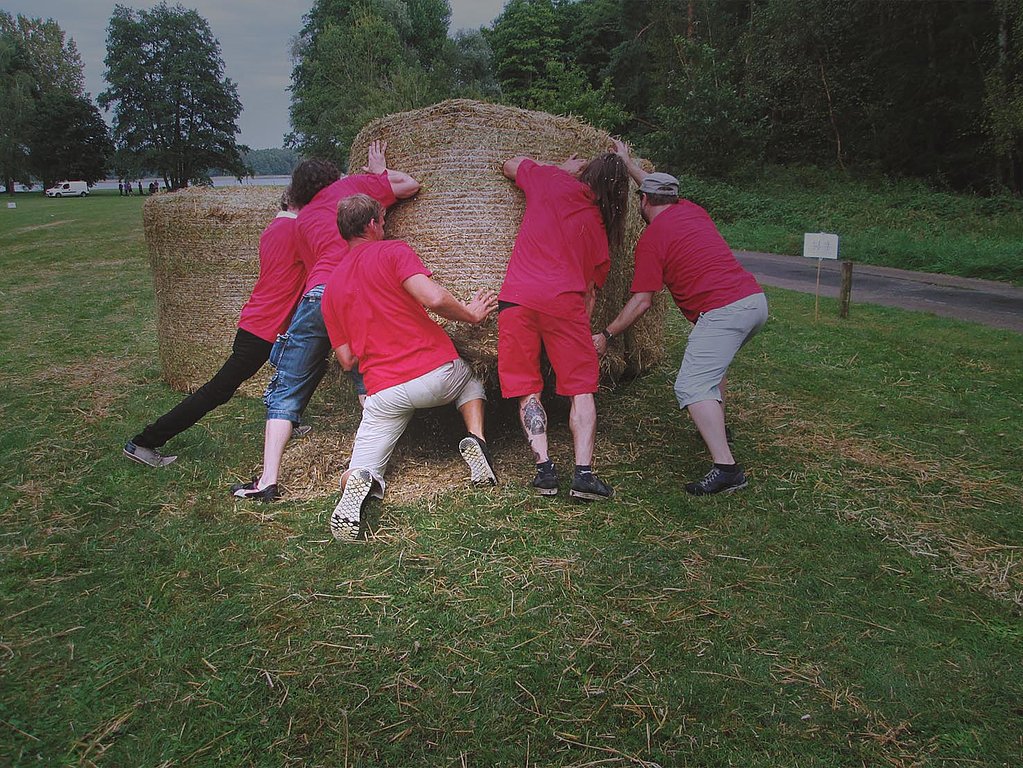 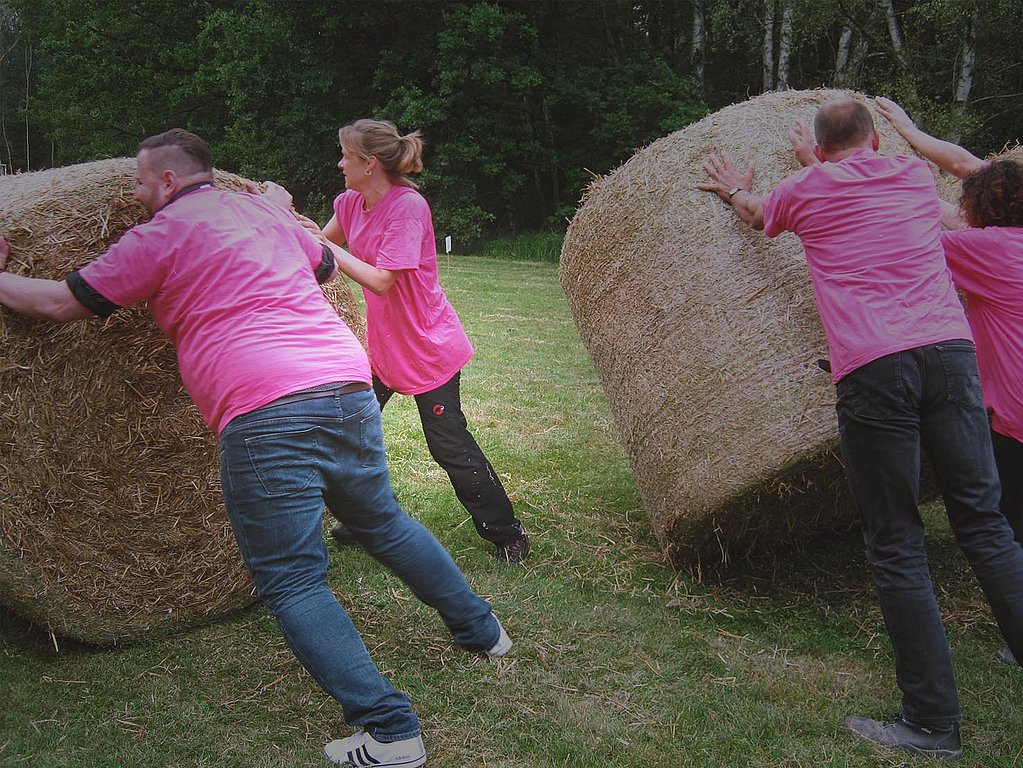 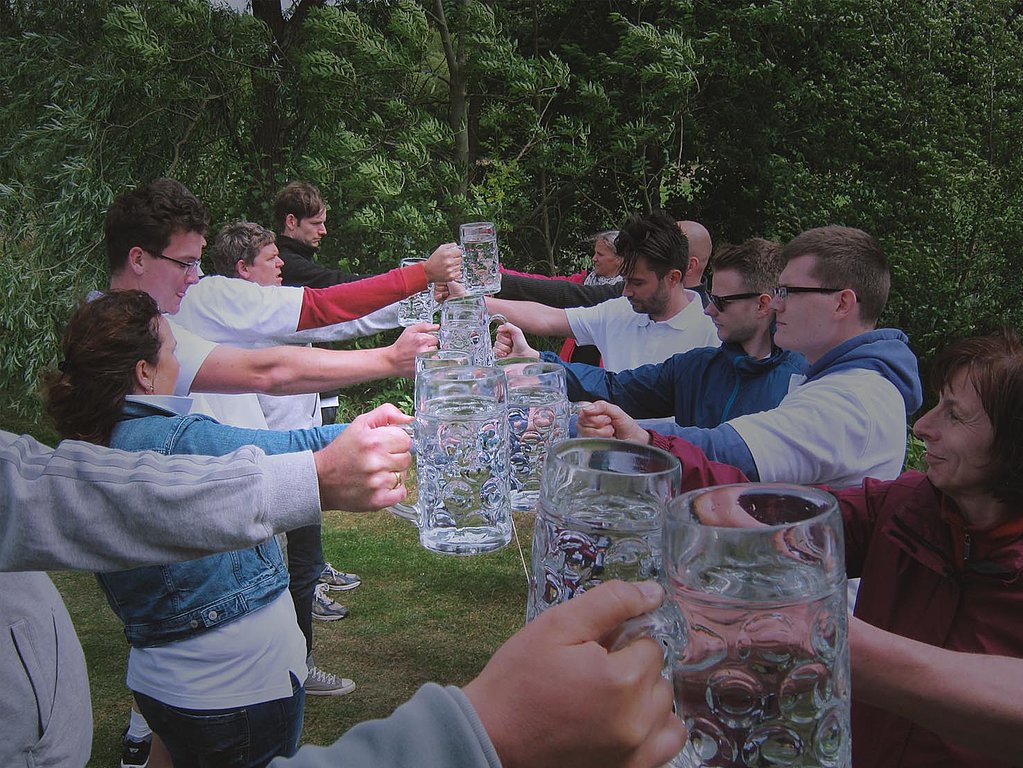 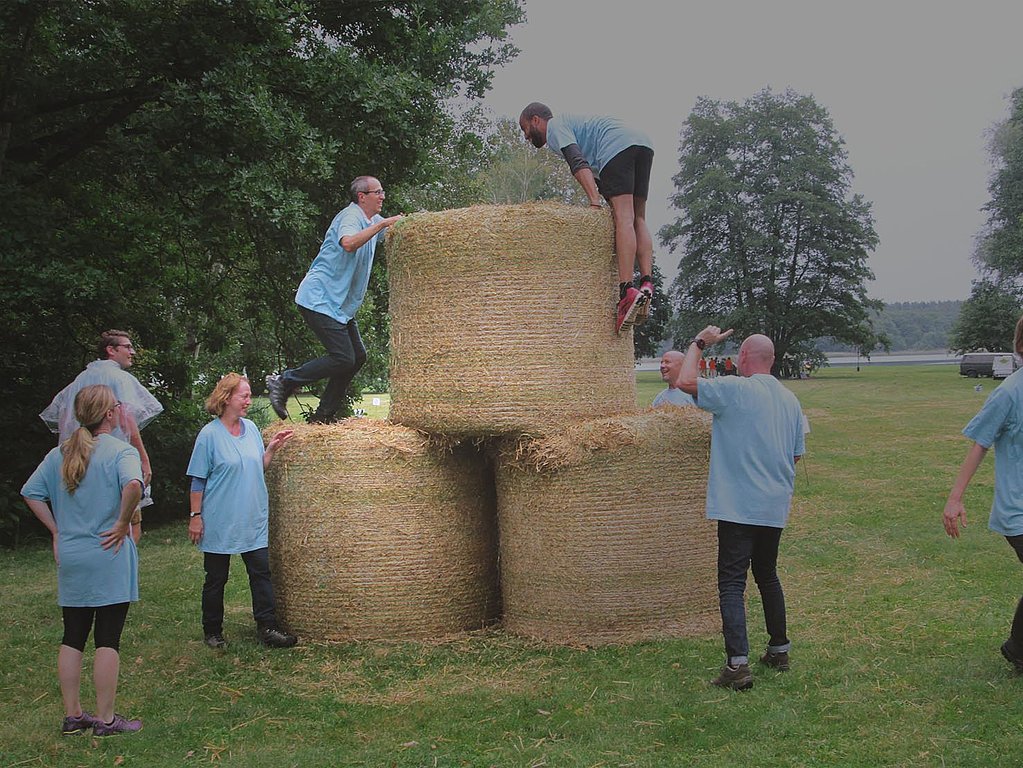 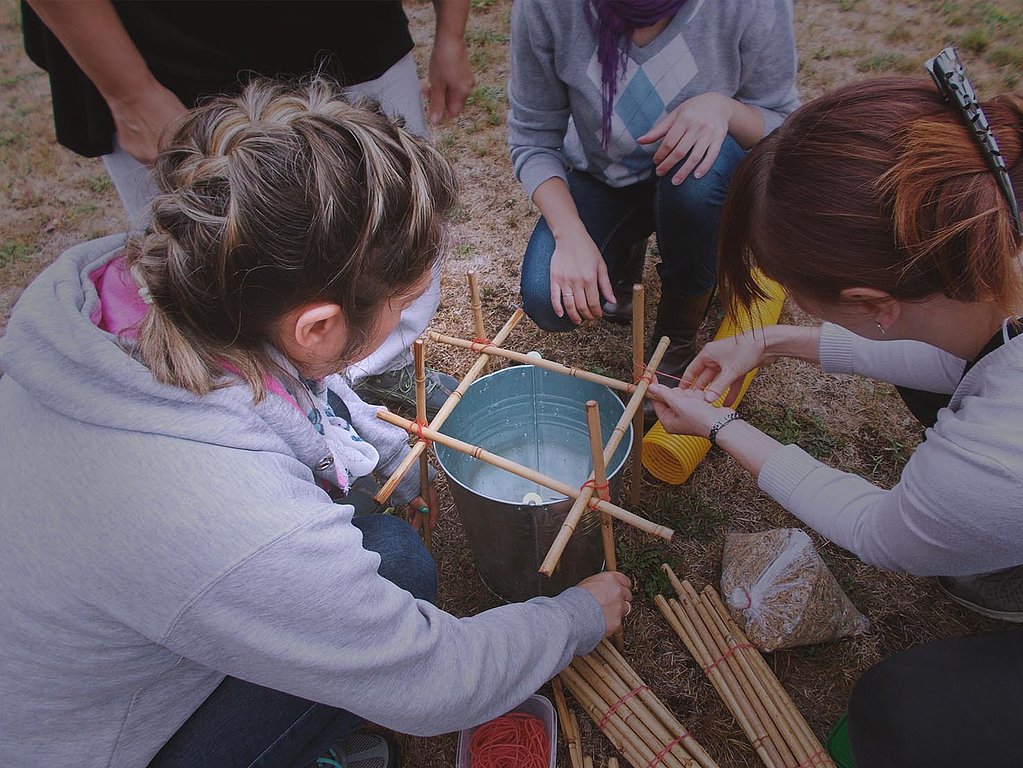 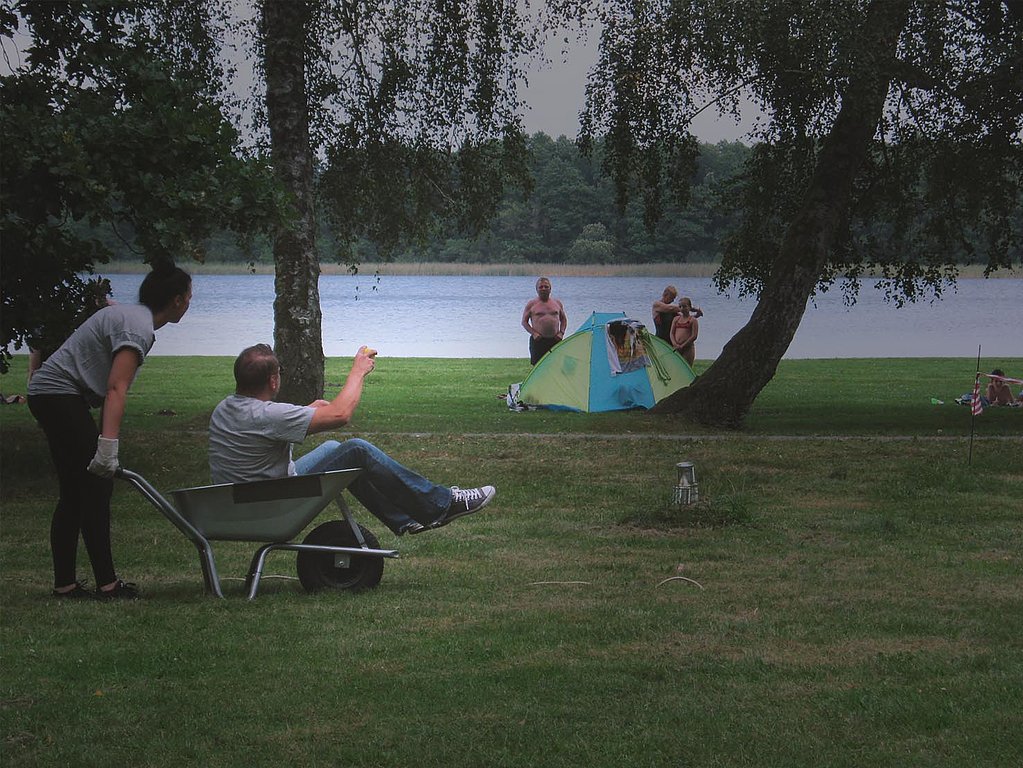 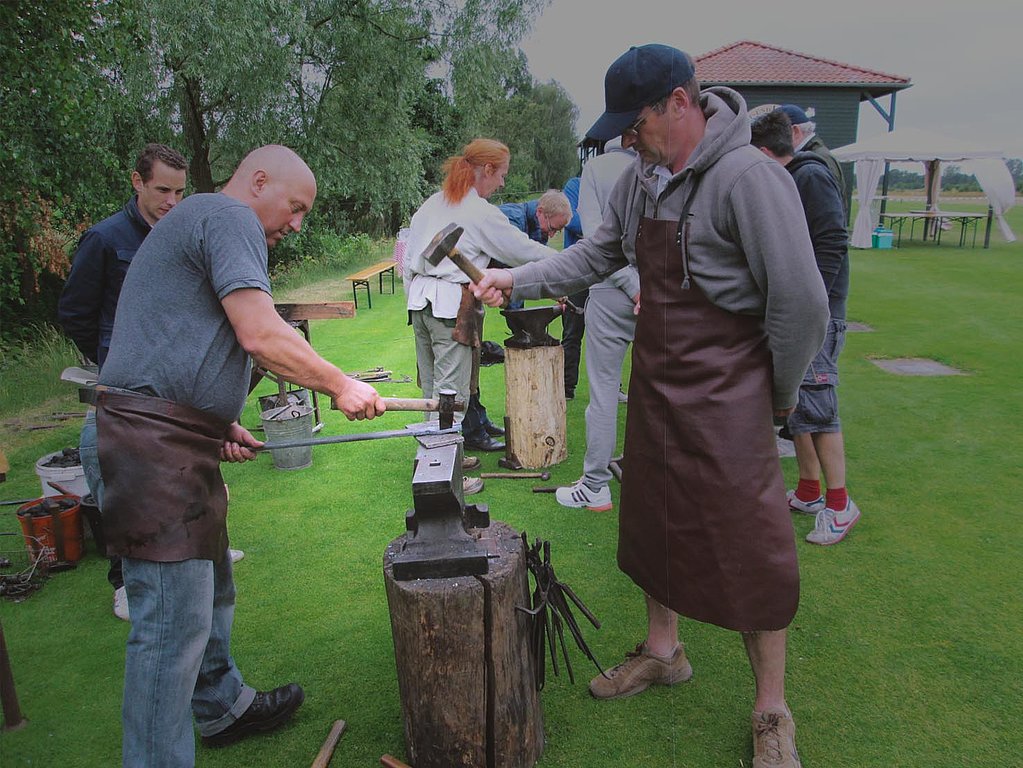 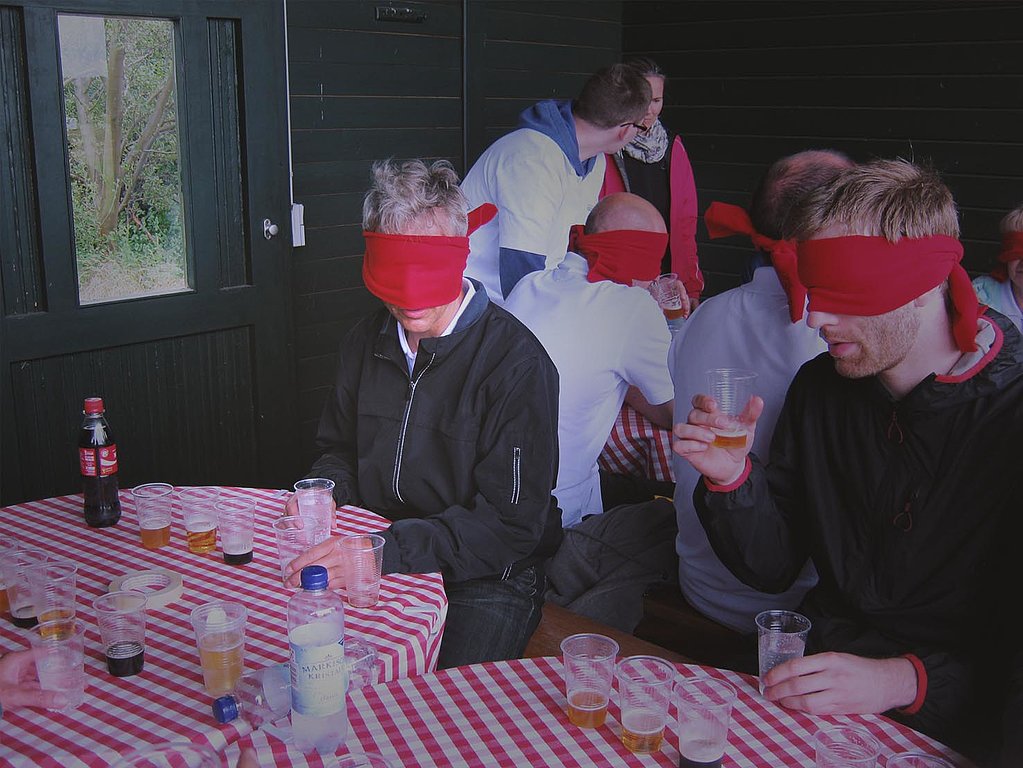 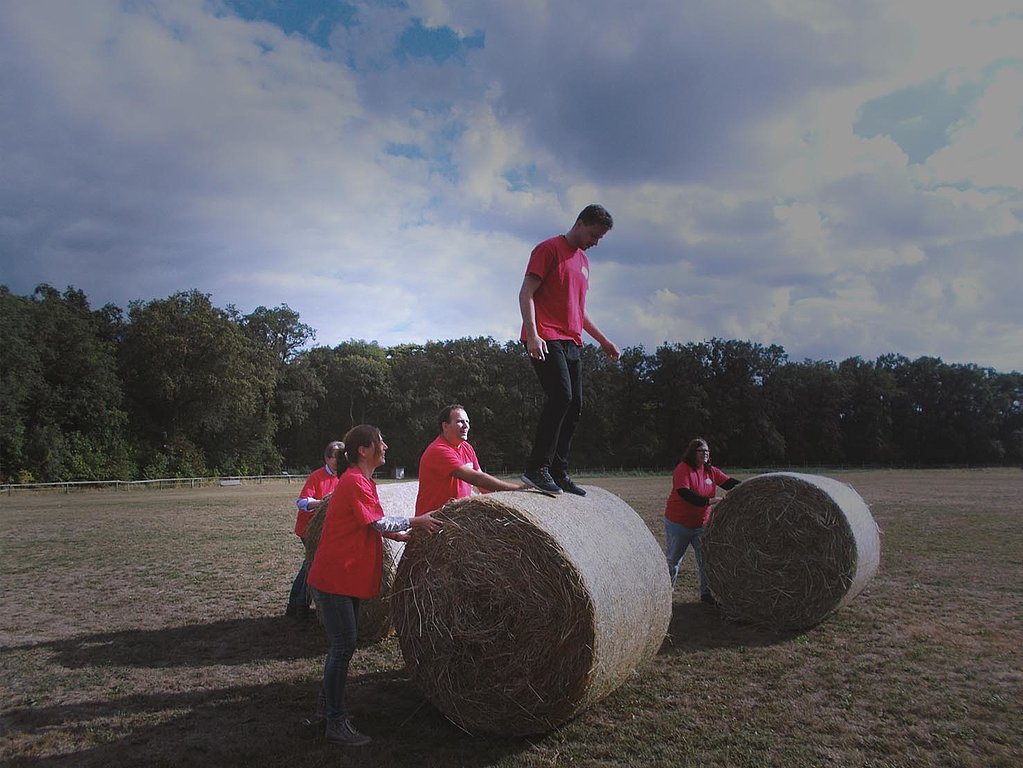 How to be a Farmer

What it takes to be a farmer

What it takes to be a farmer - During our Farmers' Olympiad, we divide your group into several small teams that engage in a playful competition and solve different tasks. It's all about the skills that are needed on a farm such as speed, strength, and manual skills. Roll straw bales with your team through a complicated course, lift beer mugs, throw rubber boots.

However, there is also a need for team spirit, good ideas, a little tinkering, and often skills and abilities that nobody even knew they had before.

While the group relaxes and enjoys a delicious meal after the event, we evaluate the task solutions and pick out the most beautiful photos of the day for the final award ceremony.

Possible activities for a Farmers' Olympiad

Activities such as the straw bale rolling contest require a lot of space, which is not available in Berlin's urban area on a regular basis. As a possible venue for the Farmers' Olympiad, we suggest the extensive grounds of a former estate west of Berlin with its nice restaurant (reachable from Spandau by public transport). Moreover, we also recommend a location nearby Kremmen and one nearby Templin.